Walking Lighter On The Earth With Doug 2: Pay Attention Save Energy

Pay Attention and Save Energy (and Calories)

In my last post, I talked a little about eating whole food and how what we eat is connected to not only how healthy we are, but also how healthy our planet is. I won’t lie – part of my attraction to eating whole is that it helps to keep my weight under control. I don’t exercise as much as I should, so those beer and/or ice cream nights really have an effect at my age.

I’d like to eat healthier, but late night snacking is also a terrible habit of mine. So, if I notice the extra weight starting to add up – I get back on the whole food train, try to move a little more and start paying attention to my net caloric intake. Eventually, with a few changes in my diet and paying attention to the calories I take in and burn off, I get back on track and start feeling better. 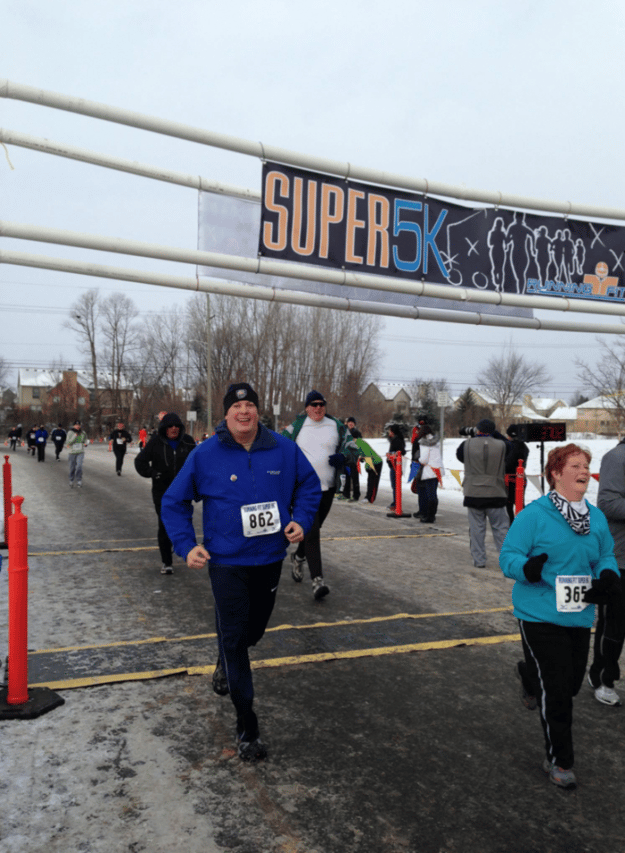 So What Does This All Have to do With Saving Energy?

A few years ago, Meadowlark took advantage of the Michigan Saves energy-efficiency loan program and upgraded our office roof with improved insulation, air-sealing, solar panels and solar shingles. Our roof was failing, and this was a way we could not only protect our building, but also make an investment in our future. Kind of like me switching from beer and ice cream to whole foods. It’s a long-term investment and part of our stewardship of the building we inhabit. 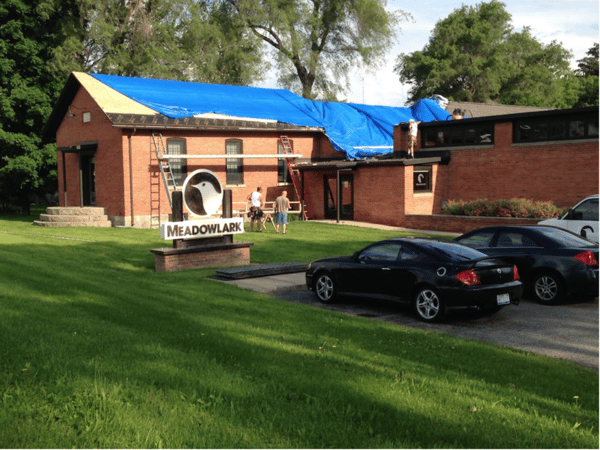 So you can imagine that we were a little dismayed to get an $840 energy bill the first March we had the roof complete and the solar up and running. We didn’t even know what to make of that so we decided that we needed to start paying attention. Easier said than done. I won’t go into the hassles of getting our system commissioned, but with 3 different types of solar power and 4 electrical panels in the building, to say it’s complicated would be an understatement. While we were monitoring our production, the documentation of what we were using came in a monthly bill that was (and is) frankly so byzantine and confusing that I had to throw my hands up in the air.

I happened to run into a client of ours around that time, and Bob mentioned that he’d been able to get to net-zero energy in his home. We re-built an old house for him and his wife which attained LEED Platinum status about 8 years ago. Since then, he had installed a modest solar array on the home. I did a quick estimate in my head and figured that the solar panels he installed would take care of some of the load, but he noted that he had actually gotten to net-zero on it. I was intrigued! 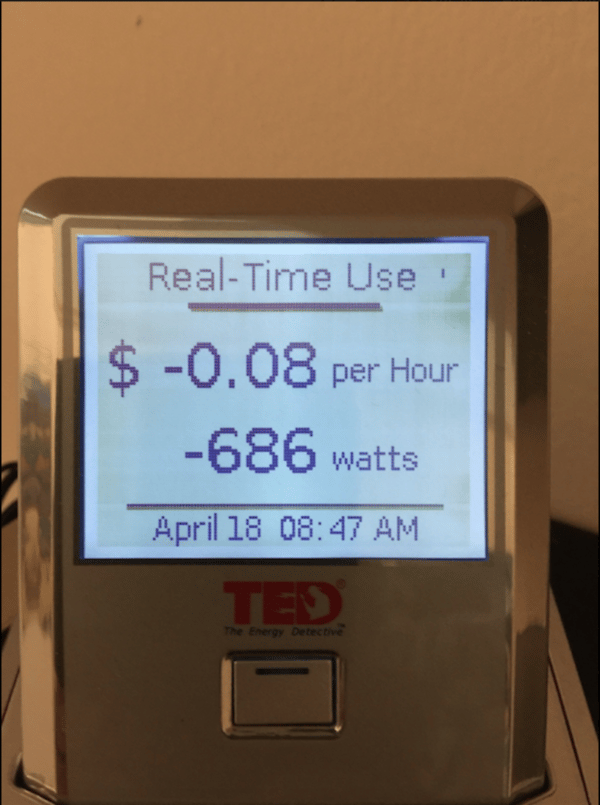 Bob showed me how he got there by installing The Energy Detective, or TED for short. It measures and logs electrical consumption, and it can get down to individual circuits, unlike our energy bill. I had played with these years ago, but I just couldn’t get it to work. I’m not the sharpest tack in the box when it comes to computers I’ll admit, but Bob also re-affirmed that the TED has come a long way since then.

Bob is an engineer type, and he showed me how he hooked it up in his house and used the data to systematically find waste and eliminate it. Even for a very efficient house, there was another 30% energy savings available just by paying attention and acting accordingly. Bob was kind enough to install and help set up a TED device (two of them, actually) at our building.

So what does this have to do with counting calories? It’s very similar, actually. If you measure the inputs and outputs, you can change your behavior to match the desired results. But you need data, because without that you’re just guessing, and it’s all too easy to throw up your hands and be apathetic…and also become overweight and out of shape (both literally and figuratively here).

I’m pretty good at guessing the caloric content of the food I eat these days, but I have internal feedback mechanisms that I can pay attention to. Energy consumption is a lot harder. Many of the things that are sapping energy are completely hidden.

The results of our energy monitoring have been surprising and enlightening…but that’s my next blog post.