Reflecting Back On Ten Years of Meadowlark

Kirk and I both eschewed working in the field of our formal educations at MSU (accounting and chemistry, respectively) after a year or two of practice. At that time, we decided to start a woodworking company that made products for galleries, and also did custom contract work. Being young, we did a lot of dumb things and after five years, had to admit that the company would never be able to fulfill our personal goals. We shut the doors, and began working on the debt we had accumulated, most of it to friends and family.

Kirk moved out to Seattle and began making high-end cabinetry, while I stayed in AA and began flipping houses, working on them at night to get out of debt. I pursued a formal education in home-building for a year, but in the end decided that I would better learn by just doing it. I got a job as a carpenter, and over the next few years taught myself all the building trades by working with people who performed those trades.

In 2003, Kirk informed me he was moving back to Michigan, and asked if I wanted to start a building company. Thus Meadowlark was born.

In the intervening years between our business partnerships, Kirk and I developed a strong interest, (bordering on obsession), in primitive wilderness skills – that is, how to live in a natural setting without any man-made tools. How do you find water and food, and make shelter and fire with nothing but your hands?

Ultimately, this lead us on a journey of true sustainability, a spiritual quest to regain our birthright as humans. This involved a varied set of skills; implement-making, tracking, hunting and gathering food, making warm and waterproof clothes from animal skins, sitting in sweat lodges, and learning the common language of the natural world – bird calls and behavior.

Dissociating from society and living in a primitive fashion is neither easy nor particularly welcome in the modern world and eventually, practical concerns like raising families, took precedence over our obsession to live like Neanderthals. Taking stock of our experience and looking at all the jobs Kirk and I had performed, making things with our hands still was the most satisfying.

Given our past experiences, a building company was the next logical extension, fulfilling some basic human needs, both to live a comfortable and meaningful existence, and in making beautiful things. Kirk and I wanted to bring the idea of sustainability into home building and be evangelists for low carbon-footprint living. We also wanted to build beautiful things that we could be proud of. Meadowlark came from the idea that the universal bird language is a code of sorts, for the things all living creatures, including humans, need for true sustenance.

If you can tune in and listen, there is an underlying rhythm to doing the right thing all of the time – a rhythm of beauty, creativity, sustainability, harmony and integrity. 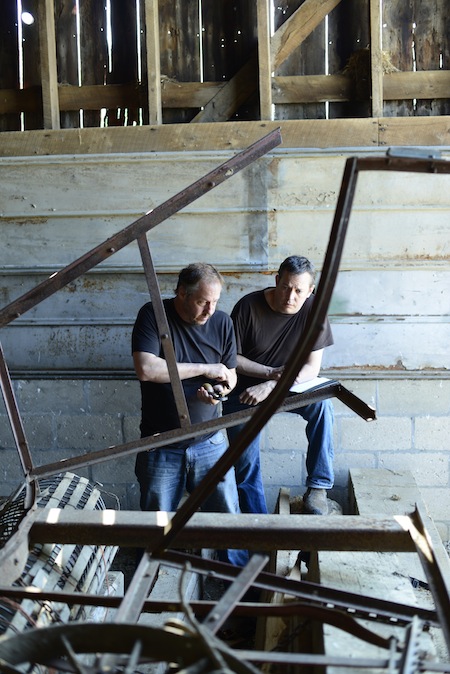